”UCADIA” means Unique Collective Awareness of DIA – with DIA representing “unique units (blocks) of meaning” and the building blocks of chains of IDEAS. The concept of discovering and defining a decentralised network of knowledge was first invented in 1984 by Frank O’Collins, the Inventor and Architect of Ucadia. The name “UCADIA” was first created in 1997, along with the first books about Unique Collective Awareness (1998) and The Little Book of Awareness (2004). Ucadia was first registered as a website in 1999 along with the concepts of new decentralised autonomous communities of law and economic activity more than ten years before the first blockchain (crypto currency) was ever invented; and thirty years before the concept of “DAOs” (decentralised autonomous organisations) was ever coined. 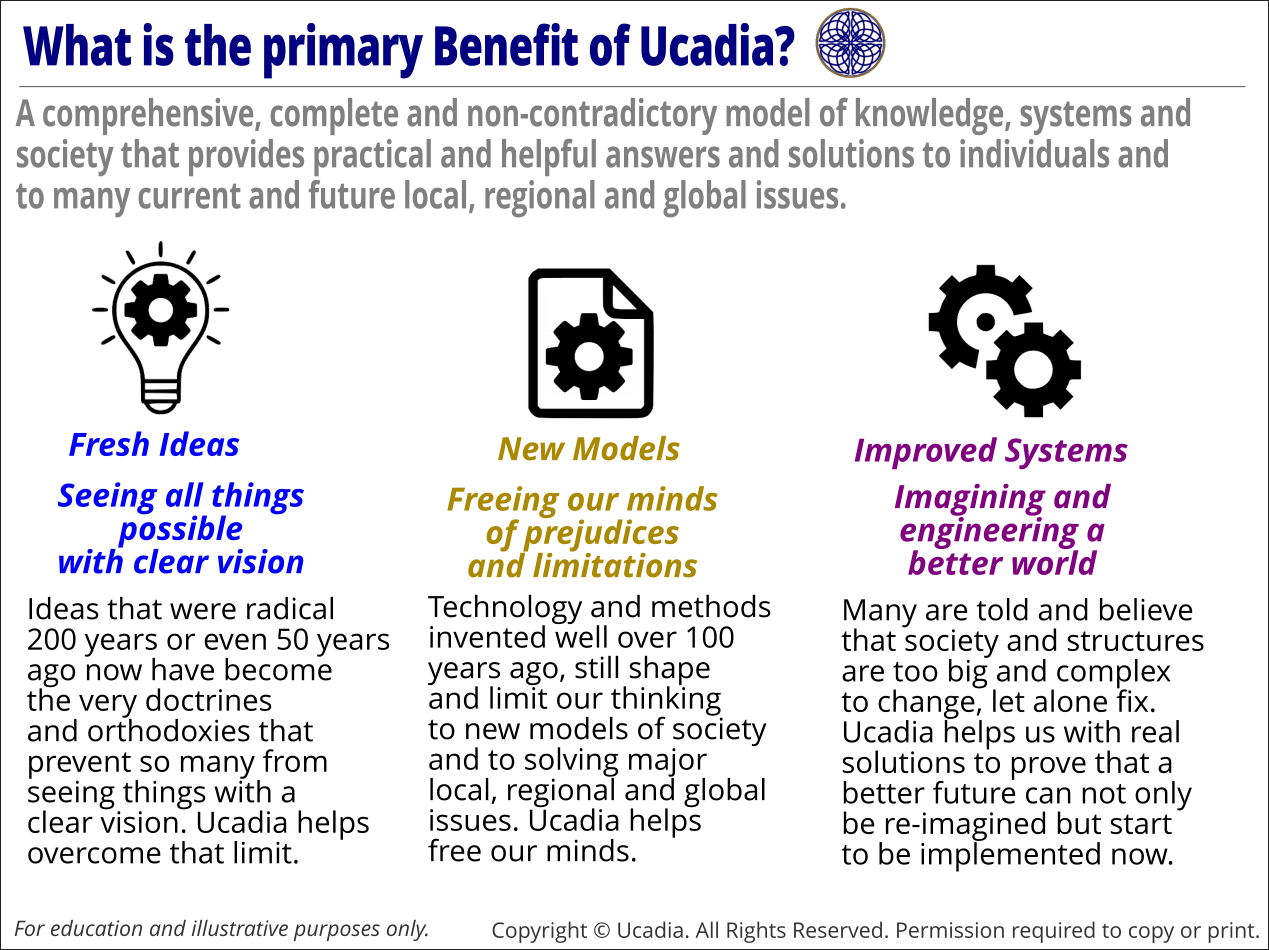 What is the Benefit of Ucadia for you?

From the very beginning, Ucadia has always been about building and delivering benefits for others and not for the personal wealth or image of its architect or founders. It is why since 2020 it has been clearly outlined in all revised covenants, charters and constitutions of Ucadia that the Inventor and Architect of Ucadia cannot personally gain any personal wealth or assets as a result of the formation of Ucadia. Similarly, none of the founders (current or past) are permitted to claim any substantial wealth or assets as a result of their work, other than modest recognition. This makes Ucadia one of the first and only financial systems in human history formed for the benefit of all and not just a few. 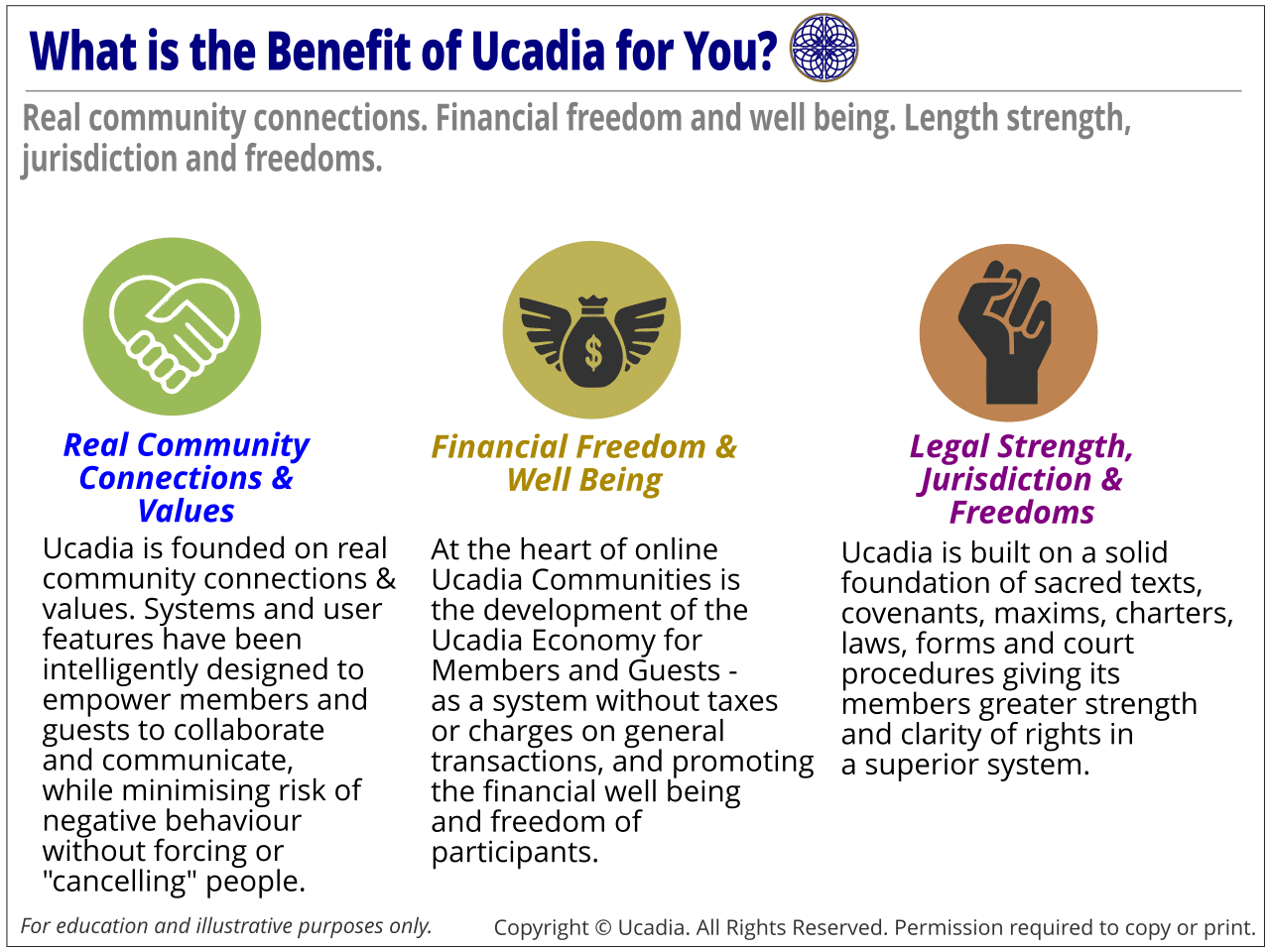 Ucadia is founded on real community connections and values. Systems and user features have been designed to empower members and guests to collaborate and communicate while minimising risk of negative behaviour without forcing or “cancelling” people.

At the heart of online Ucadia communities is the development of the Ucadia Economy for Members and Guests – as a system without taxes or charges on general transactions; and promoting the financial well being of participants as members of a wholly private system.

Ucadia is built on a solid foundation of sacred texts, covenants, maxims, charters, laws, forms and procedures, giving its Members and Guests greater strength and clarity of rights in a superior system.