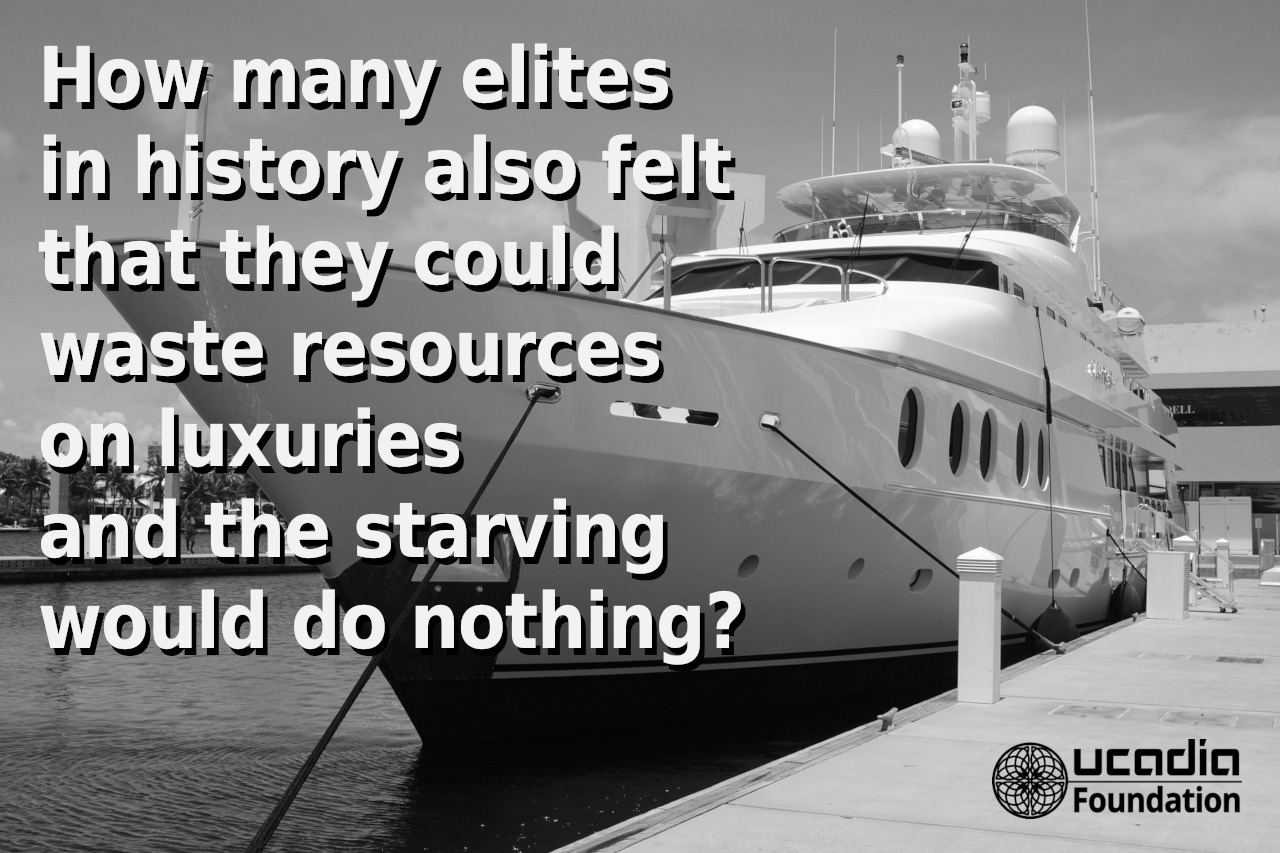 It is not so much the unsustainable concentration of wealth and resources of rich elites that is the greatest offence, but their obscene levels of waste that appears so sickening. One third of all food produced in the world is ultimately thrown away – almost entirely by people living in industrialised countries, while one in every seven people alive today do not have enough food to eat – and half of the people on planet Earth struggle to live on less than US$5 a day.

Not even in the final days of the Roman Empire were the elite so wasteful and out of touch with the rest of the world. And in those days there was no internet or tv. While one out of every four human beings live without electricity, almost all of them have seen what life is like to those who live in the paradise of wealthy industrialised countries. They have seen the music videos worshipping the nihilistic god of waste; and the endless banquets of food and fridges and garbage bins full of food to be sent to land fill.

Not even in the final days before the beginning of the French Revolution, were the elites so disconnected from the reality that such obscene and wasteful consumption is unsustainable. Some of that misplaced confidence might be in the history of strong military and law enforcement willing and capable of repelling anyone who dared seek to challenge such inequality. Yet now the walls and defences of “New Rome” are falling under the weight of systemic neglect and the “New Great Depression”. What will those with the most wealth and power and the most to lose do?