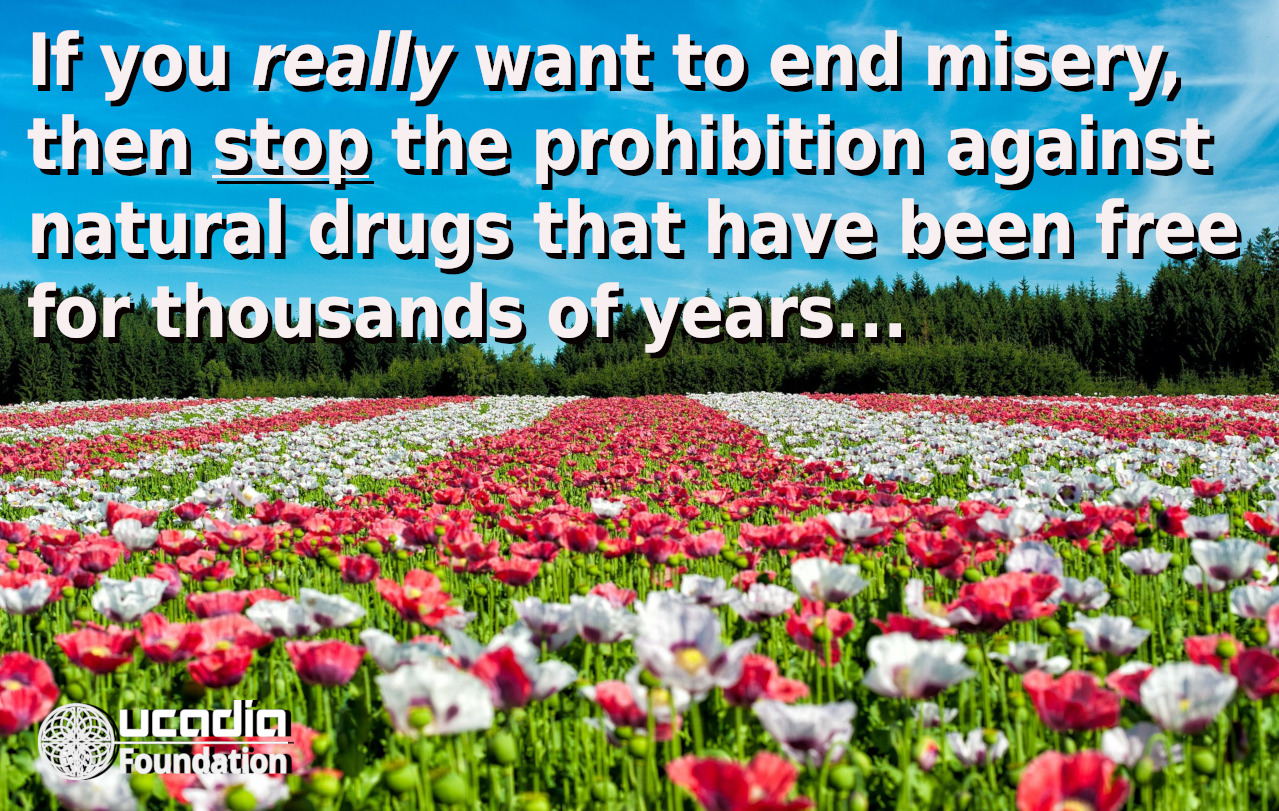 The ill-fated alcohol prohibition of the 1920’s in industrial countries, spawned an organised crime network that influenced culture and society for more than sixty years thereafter. The prohibition against naturally grown drugs has bankrupted economies and fundamentally re-shaped the world. It is time for this evil, false and wicked prohibition to end so that the world can experience safe, naturally grown and low cost pain medications and that the corruption of resources and governments may also come to an end. Simply, so long as the prohibition continues, it is impossible to conceive of any lasting political reform in the developing world.