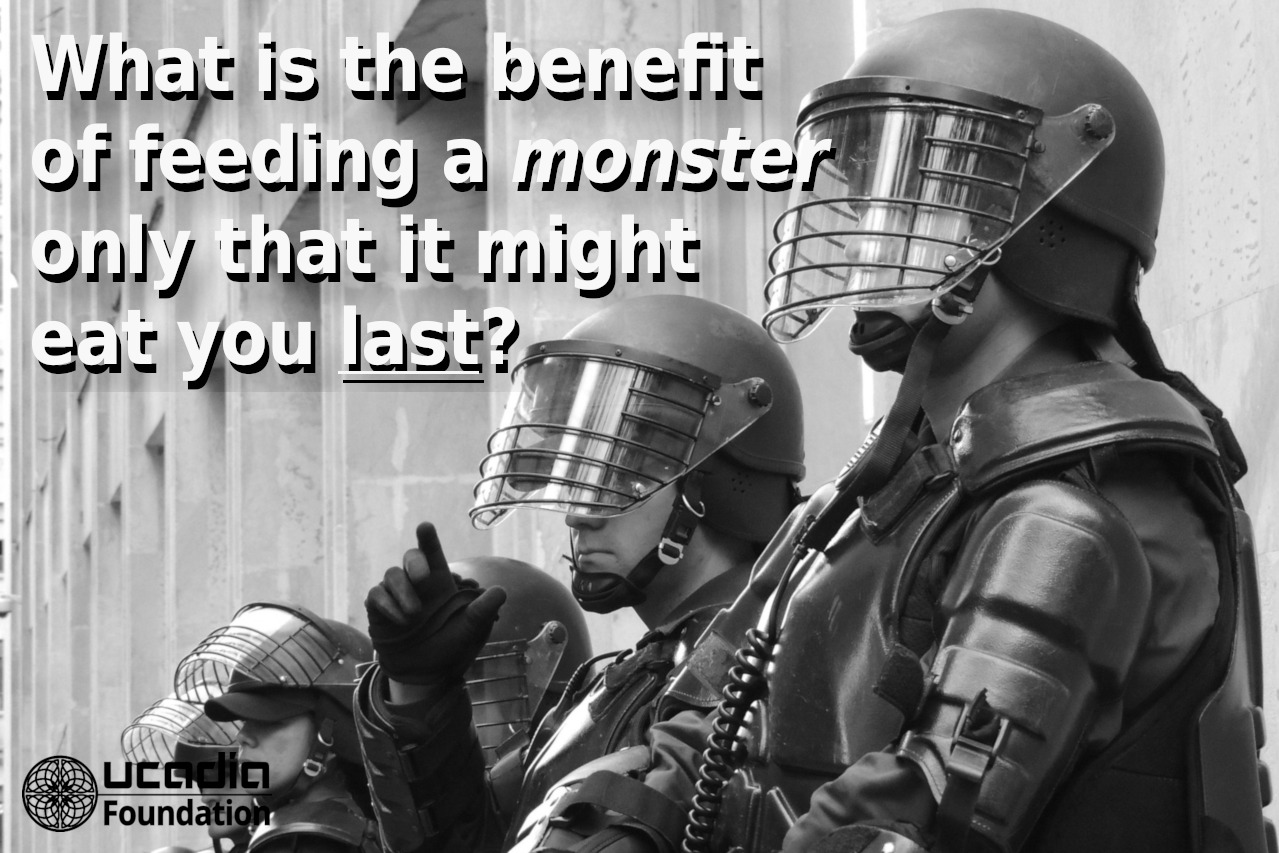 It has been known since the days of the Roman Empire, that a powerful paramilitary force is key to holding power against determined foes. Thus, the famous Praetorian Guard of Rome more than once put down a coup and more than twice acted to topple emperors. While the operation of courts and justice systems in poorer countries remains haphazard, there has been a clear and intentioned shift of the justice and law enforcement systems of wealthy countries in the past twenty years away from protecting the people, to converting the police to paramilitary like forces protecting the elite; and from helping the community, to taxing and raising revenue against the community. With the privatisation of prisons and many parts of the justice system, profit making courts and law enforcement has become a trillion dollar global industry, destroying the very social fabric and trust of wealthy societies from the inside.