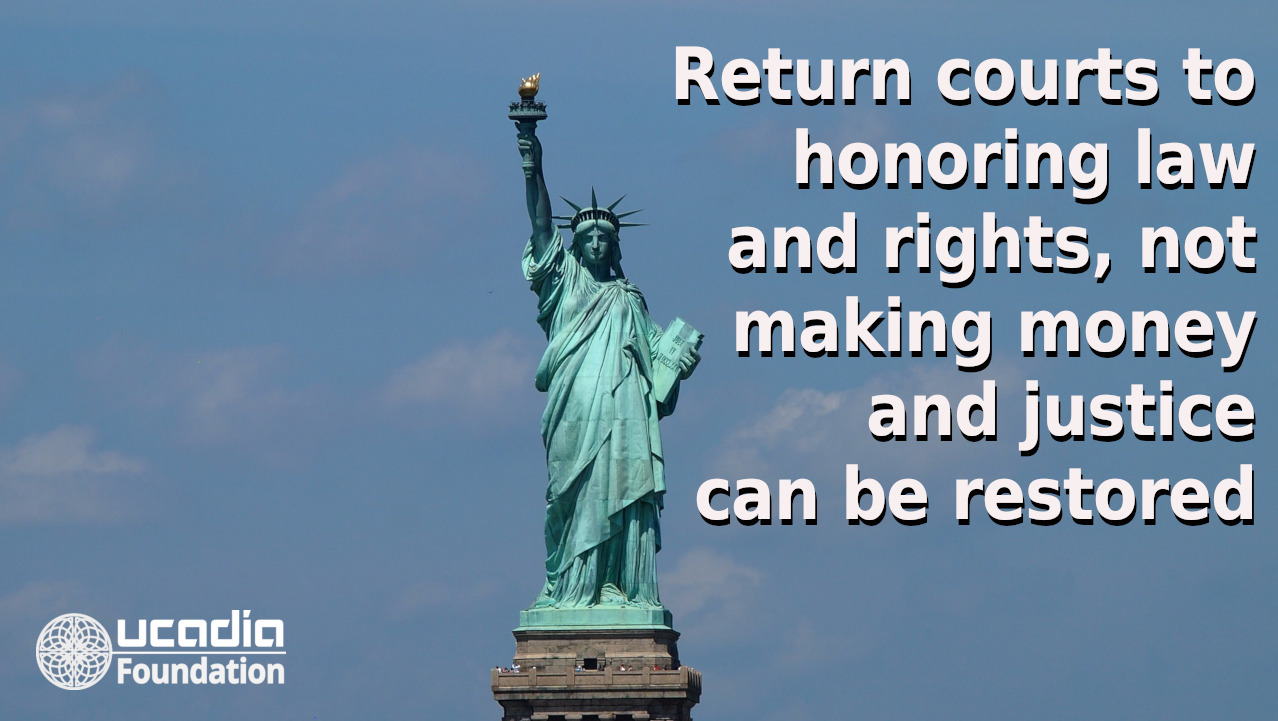 There is nothing Just about people and companies making money from running the courts and the prisons. Instead, it is the very definition of Injustice. There is nothing good that comes from running bonds and financial accounts against every court case, so that there are financial incentives to release hardened criminals and arrest, harass and imprison people who would be better served following better counselling and direction. Thus, the Justice and Law Systems of most countries are fundamentally corrupt and broken and can only be reformed once all financial accounts, bonds, and money making processes are denounced and exorcised from the notion of justice.