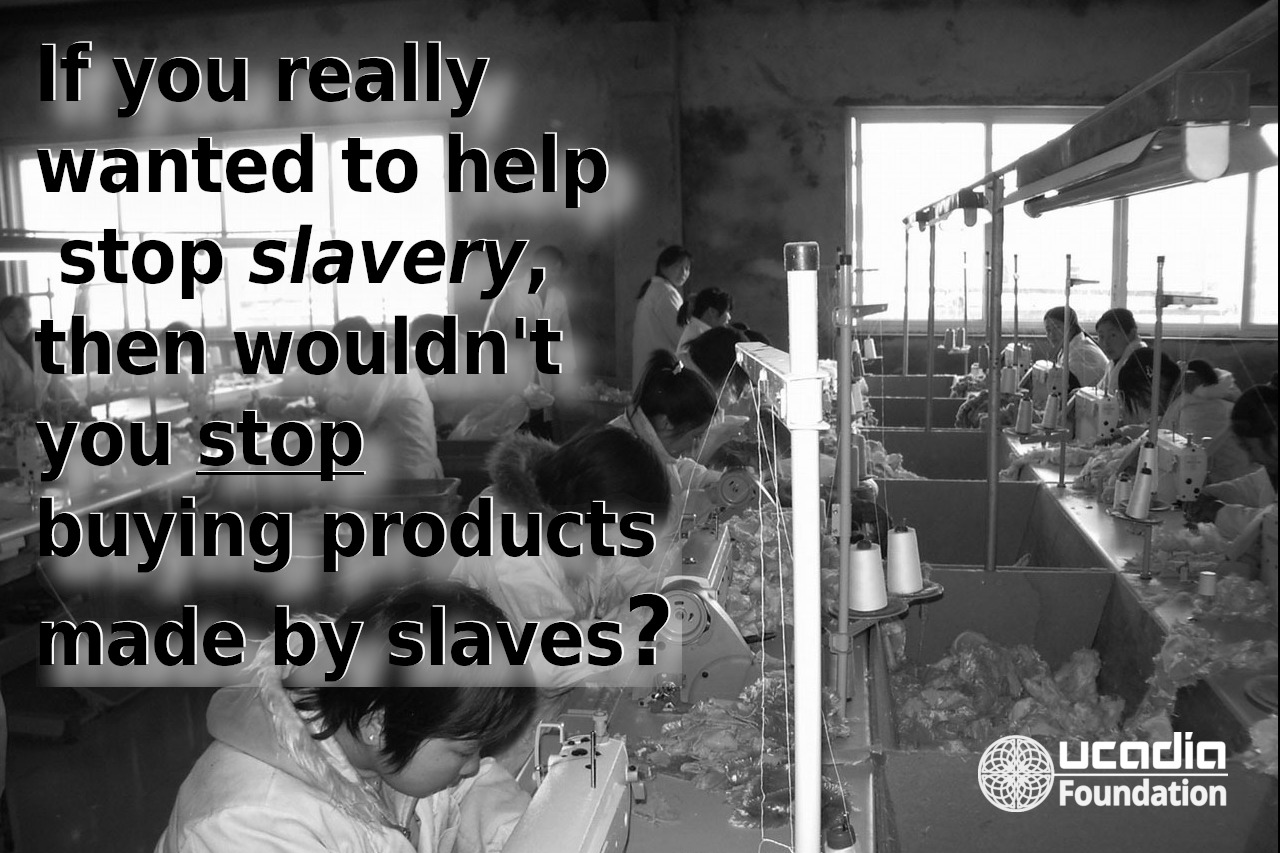 Slavery is any system whereby people are treated as property; and their work is not properly remunerated; and that such individuals are unable to withdraw without the immediate threat of destitution or starvation. Contrary to historical stereotypes, slaves do not have to wear chains, or threadbare clothes or work in fields in order to be slaves. Instead, the majority of modern slavery is more accurately described as “wage slavery” whereby a person is allowed to keep just enough to marginally survive day to day, but never enough to liberate themselves from their condition. In the world today, more than half the population live on less than US$5 a day

The wickedness that has never left us

Slavery is a hideously wicked and evil practice that sadly has not only been allowed to continue, but has been enshrined in many constitutional and legal frameworks. Slavery wasn’t abolished in the 19th Century, it was simply re-imagined. In laws passed by parliaments around the world, the new name for (wage) slavery was to be called “employment”.

Old fashioned slavery still exists and in substantial numbers. There is estimated to be over one hundred and fifty million slaves held in forced captivity and horrendous conditions around the world at this very moment. Approximately, forty million people are sold into slavery every year, mostly women, with one out of three being children. Old fashioned slavery is a major business, generating revenues in excess of US $150 billion per year, with 66% of revenues coming from sexual exploitation.

An inconvenient truth of the decline of manufacturing in western industrialised countries in the last quarter of the 20th Century, was the increased reliance on the unethical and corrupt practice of shipping manufacturing jobs to countries that condone extreme wage slavery.

The abandonment of any such pretence of moral character, gave the wealthiest owners of brands and distribution chains enormous profits, while keeping some prices lower for their customers, particularly discount chains. When rarely confronted about the conditions of workers in these developing nations, the argument was often raised that such activity was a “net benefit” to the community in bringing in revenue not otherwise available. Toward the end of the 20th Century, a growing awareness of “slave conditions” forced some industries and companies to improve conditions. Yet the arrangement still largely continues to the present day, meaning more than 80% of clothing, footwear, books, plastics and appliances are still manufactured by slaves in developing countries.