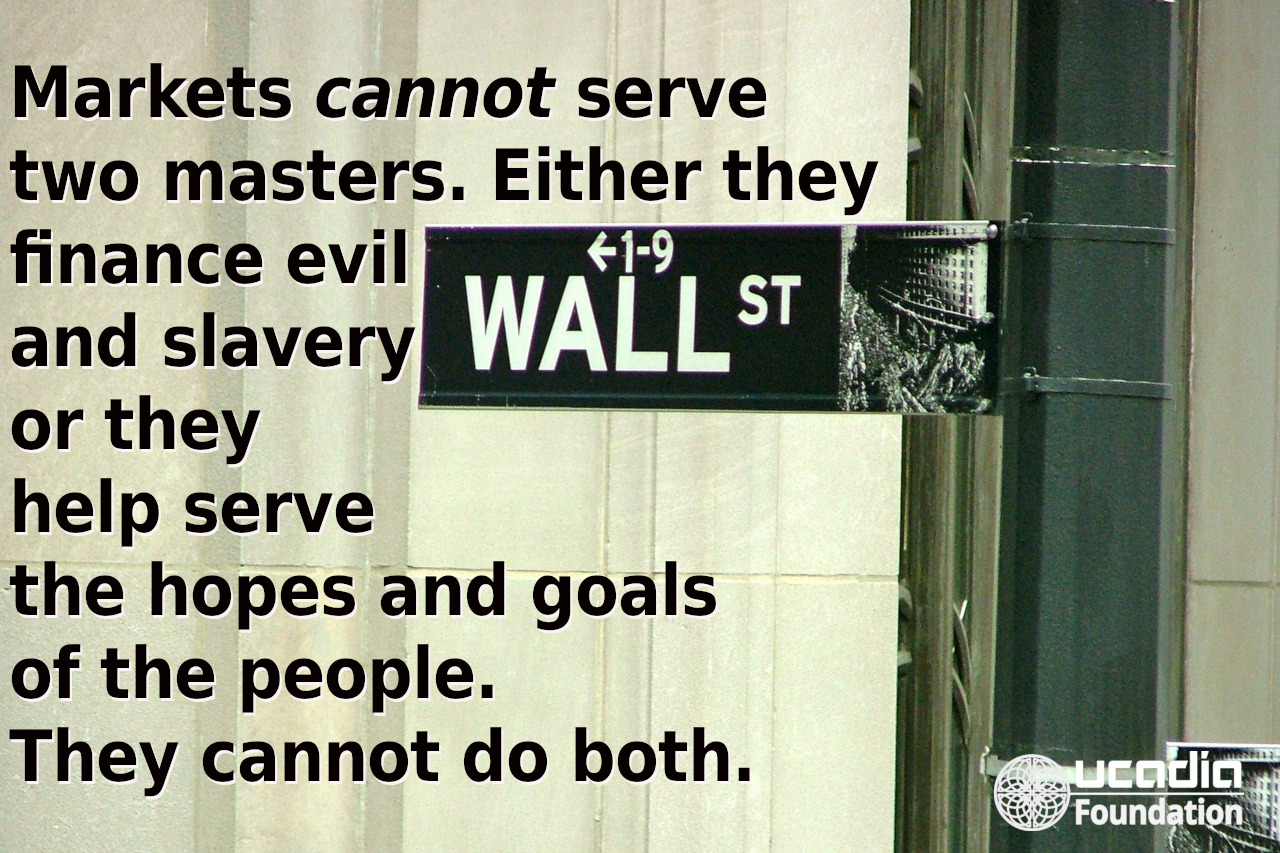 Since the emergence of the New World Order of global financial markets when the old Dutch East India Company and states transformed into the banks and banking families of New York at the end of the 18th Century, Financial Markets and their leaders have constantly promised that their purpose and existence is as the engine of economic growth and jobs. While it is true that the old Dutch East India Company businesses and families reborn as Wall St have contributed to unprecedented economic growth and prosperity for the United States and its allies, it is also true that the old company never really lost its roots in slavery, drugs, arms manufacture and financing conflict and division. In truth, such forces have never really been held account as to the true master they serve. No one should ever be condemned; and for the first time since their arrival, the very survival of these financial institutions and markets depend upon whether they can finally reform from their past.